There are so many different types, styles, and scents of soap available today. To some degree, it all comes down to choosing one that you think smells nice and that works well with your skin. However, there are certain soaps that tend to work best for people with certain skin conditions and needs. For example, balsam fir soap tends to work well for the following people.

Balsam fir soap is a good choice for those with dry skin for a few reasons. For one, these soaps are almost always made with natural soaps, rather than detergents. This means they tend to be less drying than the body washes and more mass-produced soaps on grocery store shelves.

The balsam fir extract itself is also moisturizing. It helps nourish and protect your skin, which is why some people prefer to use balsam fir soap in the winter when the harsh air dries out their skin.

Blackheads are often caused or made worse by dead skin cells that end up clogging the pores. Then, sebum builds up behind the dead skin cells, forming a plug. This is a complicated condition to treat, and what works for one person does not always work for all others. However, balsam fir soap can be helpful in alleviating blackheads because of its exfoliating properties. It helps loosen dead skin cells so that they slough off earlier, rather than getting blocked in the pores. Even if you don't use balsam fir soap every day, using it a couple of times per week to exfoliate helps prevent blackheads and clogged pores.

People with stress and anxiety

Using soap to alleviate stress and anxiety may sound like a strange idea, but with balsam fir soap, it really comes down to the scent. Many people find that the scent of balsam fir helps them relax and recharge mentally. And using balsam fir soap in the shower allows the scent to become really suspended in the air. You'll inhale it from the steam, and you'll keep smelling it for hours after your shower since there are remnants of it on your skin. Balsam fir soap is no substitute for anxiety treatment, but it can be a helpful addition to professional care.

If you fall into any of the 3 categories above, give balsam fir soap a try. A bar should only cost a few dollars, so you really don't have much to lose. 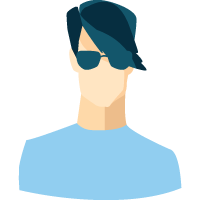 As a guy, it isn't always easy to know how to mix up your hairstyles. You might find yourself trying gel one day or mousse the next. However, the real trick is knowing what to ask your hairstylist for when you go in for your normal haircut. I started trying new things a few months ago, and it has really done a lot for my self esteem. My blog is dedicated to helping guys to enjoy fun hairstyles, which is why most of the articles here focus on hair and personal care. Check out this information for ideas on how you can mix it up, so that you can get more out of life.

If you're determined to improve the look of your h …

Hair styling is one of the fastest ways to change …

If you're looking for a beauty device to tighten y …

Do you have dry facial skin, especially over the l …

If you're planning to attend a special event and y …